Earlier this year, Steptoe & Johnson LLP released its investigative report on the Baltimore Police Department’s Gun Trace Task Force (GTTF) scandal. Entitled “Anatomy of the Gun Trace Task Force Scandal: Its Origins, Causes, and Consequences“, the 515-page report provides a rich and detailed history of events and decisions over the past 20 years within the Baltimore Police Department (BPD) and the city of Baltimore that contributed to the scandal. Mr. Bromwich led the Steptoe investigative team and resulting report – product of a two-year investigation that included more than 160 interviews and the review of hundreds of thousands of pages of documents covering the period from 1999 to the present.

This roundtable discussion with Mr. Bromwich discussed the report and allowed for audience engagement.

Read what A4J Research Assistant Sydney Plaskett had to say about the event on Crime and Justice News.

Beus Center for Law and Society

About the guest speaker 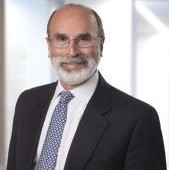 Michael R. Bromwich brings nearly 40 years of experience – as a criminal defense lawyer, federal prosecutor, special prosecutor, inspector general, and independent monitor – to the representation of individual and corporate clients. Over the years, he has been called on countless times – by public corporations, private companies, federal, state, and local governments, cabinet secretaries, and the president of the United States – to deal with problems of the greatest private and public significance.

Michael has conducted internal investigations for private companies and other organizations, provided monitoring and oversight services, and represented institutions and individuals in white-collar criminal and regulatory matters and congressional matters. His most recent publicly disclosed representations have included Christine Blasey Ford, Andrew McCabe, and Cook County State’s Attorney Kim Foxx. Additionally, he served as the independent monitor for Apple (antitrust) and Walmart (US ethics). Most recently, Michael led a team of Steptoe lawyers in an investigation of the largest corruption scandal in the history of the Baltimore Police Department. The January 2022 report can be found here.

Clients benefit from the significant experience Michael gained serving in multiple governmental and prosecutorial roles. As the Inspector General of the Department of Justice (DOJ), Michael was DOJ’s principal oversight official responsible for investigating public corruption and systemic issues relating to waste, fraud, and abuse within DOJ and its law enforcement agencies, including the FBI and the Drug Enforcement Administration (DEA). His work included investigations of the FBI Laboratory, the FBI’s role in the Aldrich Ames affair, the handling of classified information in the 1996 presidential election campaign finance investigation, and the DEA’s involvement in the CIA-crack cocaine controversy.

Michael also served as associate counsel in the Office of Independent Counsel for Iran-Contra, where he was one of three courtroom lawyers for the government in the case of United States v. Oliver L. North. Additionally, Michael was an assistant US Attorney for the Southern District of New York.