Valena Beety is a law professor for the Sandra Day O’Connor College of Law and Deputy Director for the Academy for Justice. She is also an innocence litigator, and a former federal prosecutor. Professor Beety has exonerated wrongly convicted clients, founded the West Virginia Innocence Project, obtained presidential grants of clemency for drug offenses, and co-edited a guide to causes of wrongful convictions, The Wrongful Convictions Reader. She fights for the rights of wrongly convicted people, and to expand the idea of who is “wrongfully convicted” beyond factual innocence. Many people we identify as “criminals” and prosecute are wrongly convicted in our system, over-sentenced for drug offenses, and criminalized for their identities. Professor Beety is grateful that her job is to fight for these people and teach others about how to change our criminal legal system. Her first book, Manifesting Justice: Wrongly Convicted Women Reclaim Their Rights, is out now Amazon and Kensington Books. On this page, you can find out more about why this book is important in today’s criminal justice landscape.

Where to buy Manifesting Justice

When Academy for Justice Deputy Director Valena Beety first became a federal prosecutor, her goal was to protect victims, especially women, from cycles of violence. What she discovered was that not only did prosecutions often fail to help victims, they frequently relied on false information, forensic fraud, and police and prosecutor misconduct. Seeking change, Beety began working in the Innocence Movement, helping to free factually innocent people through DNA testing and criminal justice reform. In her new book Manifesting Justice, Beety focuses on the shocking story of her client Leigh Stubbs—a young, queer woman in Mississippi, convicted of a horrific crime she did not commit because of her sexual orientation and bogus bite mark evidence.

In this episode of Measured Justice, A4J Faculty Director Erik Luna speaks with Beety; as well as Richard Saenz, Senior Attorney and Criminal Justice and Police Misconduct Strategist at Lambda Legal; and Candace Bond-Theriault, Director of Racial Justice Policy & Strategy for the Center for Gender & Sexuality Law at Columbia Law School, to discuss the implications of Beety’s book and the broader story of a broken criminal justice system where defendants—including disproportionate numbers of women of color and queer individuals—are convicted due to racism, prejudice, coerced confessions, and false identifications. You can listen to the episode by clicking on your favorite podcast platform below. Welcome to Measured Justice.

A short series of videos where Professor Beety walks through different elements of her book.

Fundamentally, we are all lawbreakers – but only some of us are prosecuted and labeled as “criminals.” The truth is many people we identify as criminals and prosecute are wrongfully convicted in our system, over-sentenced for drug offenses, and criminalized for their identities. Women are criminalized for how they use their bodies – for example sex work, or carrying a child while suffering from an addiction, or alternatively for having an abortion. Queer people and trans individuals are criminalized for not having an ID that matches their gender, not behaving according to their “gender”, history of criminalizing queer people for how we have sex.

Episode 2: The War on Drugs

Prosecutors now have tremendous power over people’s lives because of drug laws. They can choose whether to charge people with drug crimes and ask for prison sentences, or instead choose public health solutions.

Many prosecutors simply don’t understand how their policies and actions harm survivors, drug users, and the safety of community members. That can change. Elected prosecutors can bring in medical experts to explain to their office the basics of substance use disorder and treatment. Local harm reduction experts can share the consequences of drug conviction and discuss different types of interventions. Prosecutors can promote access to medication for treatment of opioid use disorder, and voluntarily promote responses other than incarceration.

There’s a story that our criminal legal system identifies, punishes, and separates “truly dangerous” people with prisons. But the high number of unsolved homicides challenges that perpetrators are identified. The high number of incarcerated people challenges that the people being punished are “truly dangerous.” Let’s consider congressional change, a Third Reconstruction.

The First Reconstruction was after the Civil War and the abolishment of slavery. Southern states were creating Black Codes to continue to control Black people through incarcerating them, outlawing conduct only if performed by a Black person. In response, Congress passed the Fourteenth Amendment to the Constitution requiring equal treatment of all people, regardless of race.

The Second Reconstruction occurred during the Civil Rights movement, and was a response to Jim Crow laws in the South that segregating public areas, like buses and restaurants, by race. In the Second Reconstruction, Congress passed the Civil Rights Act of 1964. Today, our carceral state frequently oppresses poor people of color. A Third Reconstruction can change federal drug laws, federal criminal laws, and habeas laws like AEDPA to revive the Constitutional, legal, and treaty rights of all people.

Frances Choy was 17 years old when her parents died in a fire. She was a victim, but prosecutors saw her as a criminal. She was charged with arson and murder, and wrongly convicted. Racism and sexism by the prosecutors were rampant in her multiple trials. On post-conviction, her attorneys brought 15 claims, including a claim of racial bias and sexism.

Forensic science was originally created by police. For decades much of the evidence relied on by prosecutors and presented to juries had scant scientific foundation. In its 2009 Report Strengthening Forensic Science in the United States: A Path Forward, the National Academy of Sciences (NAS) criticized forensic evidence, particularly hair matching, bloodstain patterns, and bite marks. This forensic evidence was regularly admitted in criminal trials, in part due to a lack of robust pretrial discovery of evidence by prosecutors.

Science, or what is purported to be science, has sent innocent people to prison.

Cases are frozen at the time of the conviction. Our laws discourage judges from revisiting the evidence and convictions. The premise of science is that hypotheses are tested and re-tested; the premise of our criminal legal system is winners and losers, where finality of a conviction trumps other considerations.

Forensic evidence is likewise trapped in time in the courtroom. Courts refuse to change the outcome even when the facts change, even when scientific evidence is proven wrong. Science is an evolving story while criminal procedure strains to control or banish alternative narratives once a conviction is final.

1.Urge local governments to fund pre-trial forensic experts for defendants as well as prosecutors to stop bad science coming in at trial, like the State Board of Oregon funding the state-wide Forensic Justice Project
2. Enact state-wide reviews of a particular faulty evidence, like the state-wide review of arson convictions in Texas in the wake of Cameron Todd Willingham’s wrongful execution
3. Draft and pass Junk Science Writs for defendants to bring post-conviction challenges to their sentences when the state used false or faulty evidence at trial, like the writ in Texas that resulted in freedom for Steven Chaney, who was wrongly convicted by bite mark evidence. 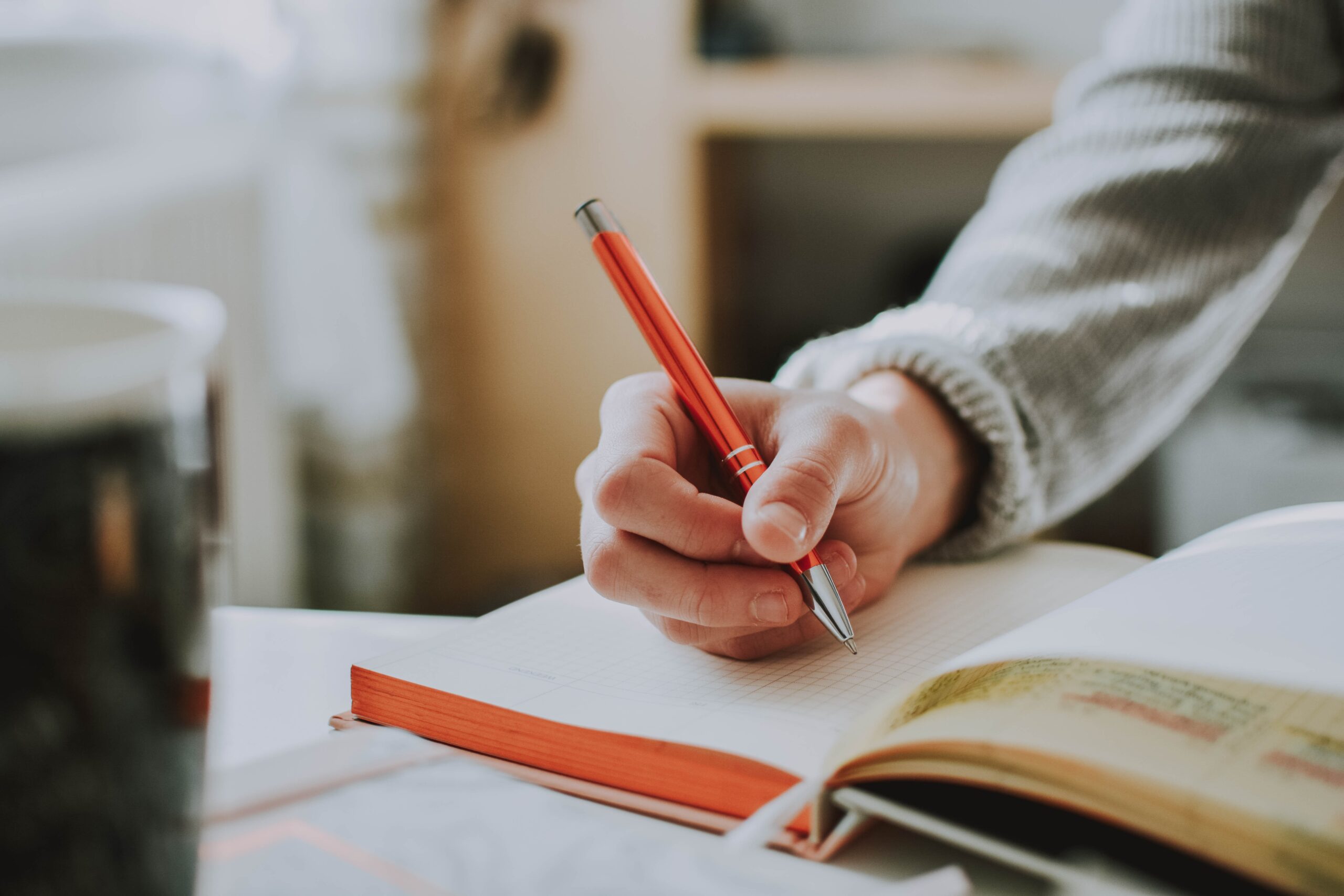 My thoughts on Manifesting Justice – By Jill Mceldowney

Working on Manifesting Justice was first an foremost an absolute honor. It is always special to engage with professors’ work outside of an academic setting. It was particularly special to engage with Professor Beety’s work after taking her Wrongful Convictions seminar in the Fall of 2021. She is so passionate about the work that she does and I am so happy to have played a role—albeit a small role—in the crafting of Manifesting Justice.

Judge Bruce Cohen is the Family Court Presiding Judge for the Maricopa County Superior Court. In this audio interview, Judge Cohen speaks with A4J Deputy Director Valena Beety about her new book, Manifesting Justice: Wrongly Convicted Women Reclaim Their Rights, and specifically discusses how these wrongful convictions affect families and the tragedies he sees through his work in Family Court.

One million women are incarcerated or surveilled by the U.S. criminal legal system. In some states the incarceration rates for women are growing even faster than for men. Myths about gender, and bias based on sexuality, promote these growing numbers. In this talk, authors Valena Beety and Victoria Law discuss their books Manifesting Justice: Wrongly Convicted Women Reclaim Their Rights and “Prisons Make Us Safer” and 20 Other Myths About Mass Incarceration in order to explore the intersection of gender, resistance, and mass incarceration. These authors expose the myths used to incarcerate women and the myths that perpetuate prison as an answer.

Valena Beety is a law professor, an innocence litigator, and a former federal prosecutor. She has exonerated wrongly convicted clients, founded the West Virginia Innocence Project, and obtained presidential grants of clemency for drug offenses. She co-edited a guide to causes of wrongful convictions called The Wrongful Convictions Reader; Manifesting Justice: Wrongly Convicted Women Reclaim Their Rights is her first book. She proudly worked at the Seminary Co-Op Bookstore in her early 20s!

Victoria Law is an author and freelance journalist whose work focuses on incarcerated women and the harm that prison causes. Her books include Resistance Behind Bars: The Struggles of Incarcerated Women (PM Press 2009), Prison By Any Other Name: The Harmful Consequences of Popular Reform (New Press 2020), and “Prisons Make Us Safer” and 20 Other Myths About Mass Incarceration (Beacon Press 2021). She is the co-founder of Books Through Bars–NYC, an all volunteer organization that sends free books to people incarcerated nationwide.